3D printing is a magnificent technology for robot designers. They have freedom of adding new features and functionality to their designs with this innovation. Users can even customize the robots in their particular usage! With the help of 3D printing technology, advanced robots have been printed with the most impressive features and qualities! Robotics is booming due to additive manufacturing technology as the robots and impressive designs are now manufactured almost instantly.

Here are our Top 5 of best 3D printed advanced robots that have been developed using 3D modeling and 3D printing technology in their designs. See how huge is the impact of technological breakthrough Have you heard of a robot that sweats? Yes, it’s true! Kengoro the robot, invented by researchers at the University of Tokyo is a 3D printed robot which sweats. It has a cooling system installed, and from within it works like human sweat glands. Whenever Kengoro performs such physical activities as push-ups or running, there is perspiration and sweating. This robot could only be crafted due to additive manufacturing technology and its framework has been crafted with laser sintered aluminum powder. Get ready to witness small 3D printed robots that look and behave like real ants!

BionicANT is a giant comparing it to the average ant and does not gather sweet foods like real ants. It has been developed by German company Festo. ANT stands for Autonomous Networking Technology. Every robot has a camera and sensors. While using camera and sensors robots and communicate with other BionicANTS. These 3D printed robots can coordinate their actions and move objects together easily! This 3D printed advanced robot has been crafted entirely of silicone and has no firmness.

OctoBot has been designed in a shape of an octopus, which moves with the help of gas, instead of batteries or electricity. Powered by a pneumatic system, this robot’s fuel and platinum ink create a chemical reaction releasing gas which helps the robot move its tentacles. 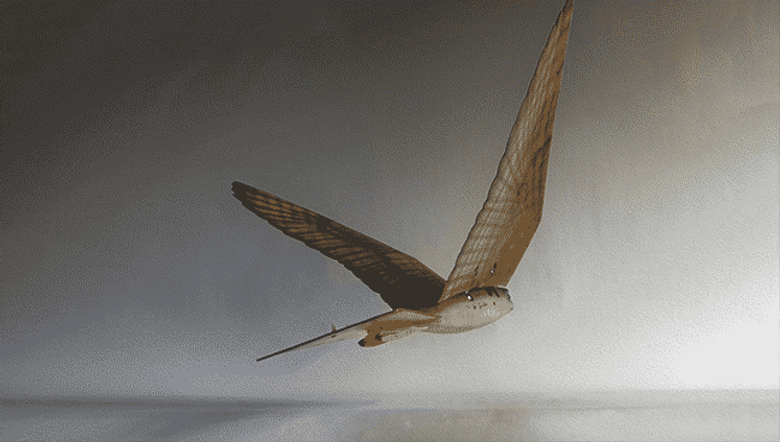 These Robots are 3D printed robot birds created and built by a Dutch company named Clear Flight Solutions. Robirds help in keeping the airspace clear of birds in critical flight areas. They frighten the birds in those areas to keep them clean. These robots are like drones that fly by flapping wings and are made to look like real birds. Additive technology has helped in providing design freedom for designers and engineers. This life-sized robot has been created by a French sculptor and designer Gael Langevin. InMooves are spectacular due to their amazing formulation. It is an open source project which has been foreseen as the development platform for students, academics, and creators.

These amazing 3D printed robots are fantastic, each one has its own specialty and functionality. To design parts of these robots, you can try using the SelfCAD!