Blog > How Much do UX/UI Designers Earn

How Much do UX/UI Designers Earn

​ How Much do UX/UI Designers Earn?

When we think of starting any work or learning any skill, the foremost things that we consider are interest and income, because if you don't have interest in the work you can't do it for long. Also, if the income in that work is not sufficient then you can't survive.

Before going deep into this article, let me make it clear that UX and UI are two different professions. UX design refers to the term "user experience design," while UI refers to "user interface design."

The role of both the designers is quite different. To know the key difference between UX and UI, let's first define the terms individually.

What is UX Designing? 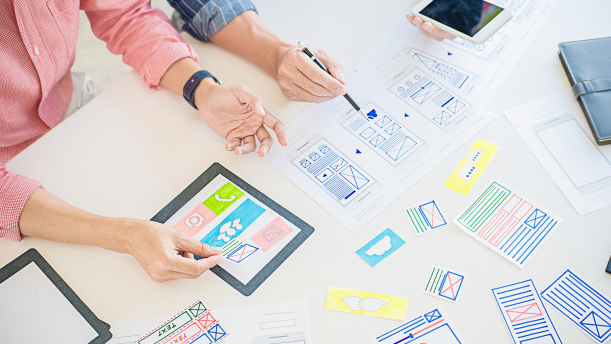 User experience design is a design process whose primary aim is to design a system that offers a great experience to its users. UX designers' responsibility is to ensure users have an optimal experience when they interact with the digital or physical product.

Their primary work is to provide a significant experience to users by doing user research and competitor analysis and then creating a user flow in which the user doesn't find any difficulty while using any digital or physical product such as website, apps, and software.

They study users' behavior and then design a user journey that enables users to achieve the desired goal with minimum effort.

Now let's talk about the basic tasks of a UX designer. To create a great user experience, a UX designer has to perform a lot of tasks, and some of the most important tasks include:

What is UI Designing?

The user interface is the space where interaction between humans and machines occurs. It considers all visual interactive elements of a product.

UI designing is all about the visual interface. It is similar to graphic design and web design, in fact, a UI designer is a type of visual designer. They usually focus on the design of websites, apps, and software. Basically, they are responsible for creating the look of the website.

UI designers create the design and visual effect you see while visiting a website or app. They create those visual effects to grab the attention of users.

The major task of UI designers is to design digital products in such a way that users will find it appealing. They focus on how a user navigates through a digital product and how they can make it more attractive.

The day-to-day activities of a UI designer may include:

This is some basic detail of UX/UI design. Now you know what UX/UI design is and what tasks they perform in their day-to-day life.

Salary of UX/UI Designers in World

Entering a new career is exciting, but you should gather enough information about that career before delving into it. Maybe the work is interesting but you're getting paid very little that you can't even handle your expenses.

So before choosing a career, get adequate information about the salary of that role so that you don't end up leaving the work just because of money.

If you're a UX/UI designer and want to know how much UX/UI designers earn, then this section of this article is definitely for you. We will tell you about UX designer salaries by country.

The salary of a UX designer depends on many factors such as experience level, education, and the type of company one is working at. The salary also changes with change in location. You can be paid highly or lowly in the same country depending on your location.

San Francisco is seen as the mecca for UX design so, in such an area, one can get up to $128,000 per year. Cities like New York and Seattle are also popular for their highly regarded design work. According to a listing by Adobe XD, UX designers who are employed by companies like Amazon and Microsoft receive an average annual salary of $109,000.

Sydney and Melbourne are the highest paying cities in Australia. One can get a good amount of money in these cities as compared to other areas.

Canada also pays a good amount of money to UX designers and there are various job positions available for a UX designer. If you're a citizen of Canada or live in the surrounding countries, you can easily find a UX designer job in Canada.

As per PayScale findings, the average annual salary of UX designers in Germany and Berlin is €50,000. Berlin hosts offices for many big companies (like Mozilla, Google, etc.) looking to hire UX designers.

London is known as the startup capital and entrepreneurs are constantly looking for UX designers to hire for their startup. As a beginner, you can get a UX designer position in these startup companies.

Some cities in China, like Hong Kong, Beijing, and Shanghai, are highly hiring UX designers because these cities are growing in UX design and are paying a considerable amount of money to UX designers.

A UX designer gets paid a different salary in different countries. UX designers are paid according to the demand of any country or city.

The salary of a UX designer depends on one more factor, and that is the company they are working for. If they are working in a reputed company like Google, Amazon, Microsoft, and Alibaba then they can get an outrageous amount of money.

If you're working in a small company that has less than 1,000 employees, then your salary will be less compared to that received by people working for large and growing companies.

How to Make Yourself Competitive and Earn More

You will get paid according to the country and company in which you're working, but you can make yourself competitive and earn more.

So, how will you make yourself competitive to earn more?

As a UX designer, if you know how to create 3D designs then you can use those 3D models to improve the user experience of the website, app, or digital products.

Most of the websites and apps only use 2D design to make their interface look good and to grab the attention of users. Most of those designs are created using Canva but they are not captivating anymore because users see them all the time.

But, if you know 3D designing, then you can create impressive user interfaces for your company's website, app, and any other digital product.

Many UX designers are using 3D graphics in websites and apps, such as

You can create such designs using 3D modeling software. 3D modelling software like SelfCAD helps you create 3D designs and animations in which one mouseover displays details of the app or website. Going beyond your client’s requirements and displaying 3D models and animations on the projects will make you a sought-after UX/UI designer, hence, in the long run, you’ll be earning more.

Getting started in 3D modelling is easier than ever before because CAD programs that are easy to get started on and powerful at the same time are easily available to anyone. SelfCAD is an example of such software. You don’t need to have previous experience or background in engineering to master them. Just within a few weeks of learning, you will be able to create really professional 3D models. 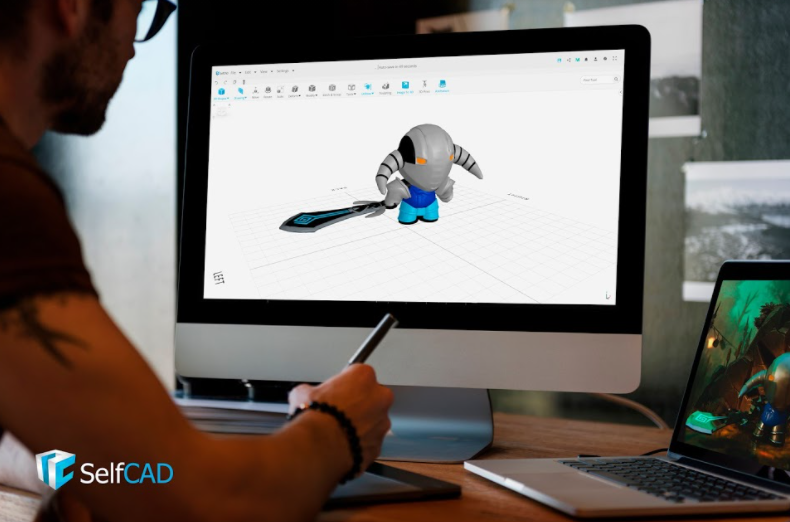 You can even make yourself more competitive by getting certifications in UX designing. The biggest search engine (Google) also provides a certificate for UX/UI designing when you complete the course.

They specially designed these courses for beginners, no degree or prior experience are required, and you can start from the basics. To get certified as a UX designer, sometimes you have to spend a vast amount of money because the courses are really costly.

But, at Coursera, you'll get this course for free and Google is the corporation offering this course, so it has good value in the market. Complete this course and make yourself more competitive using the certificate.

Wrapping Up On How Much do UX/UI Designers Earn

You can get paid in UX/UI designer work, but to get a considerable amount of money, you have to make yourself more competitive and we have described some ways of becoming more competitive.

Now you know how much UX/UI designers earn in different countries and what the different tasks of UX and UI designer are.

So, now it's your time to make yourself more competitive and earn more.

Need to learn 3D Modeling? Get started with interactive tutorials