What is Fly Ash?

It is the residue from the combustion of powdered coal collected by electrostatic precipitators or separators from the gases of thermal power plants.

As Per ACI, Fly ash is defined as, "a very small amount of slag obtained from the burning of ground or powdered coal. This slag is transported from the furnace through the boiler by flue gases." Fly ash is the residue from the pulverized coal-fired electricity generating power plants.”

Fly ash is made up of very small powdered particles that are mostly spherical, either solid or hollow, and is mainly glassy or amorphous. Fineness is one of the important physical properties of fly ash that contributes to the pozzolanic reactivity.

When fly ash is combined with lime and water, the mixture formed is similar to Portland cement.

Fly ash is very beneficial from an environmental point of view. Fly ash upgrades the performance and quality of concrete.

Fly ash manifests its strength very slowly as compared to concrete made by only Portland cement.

It is economical and environmentally friendly.

ASTM broadly classify fly ash into two classes based on the type of coals:

The following are the effects of Fly Ash on the Properties of Concrete:

The following tests are conducted on fly ash: 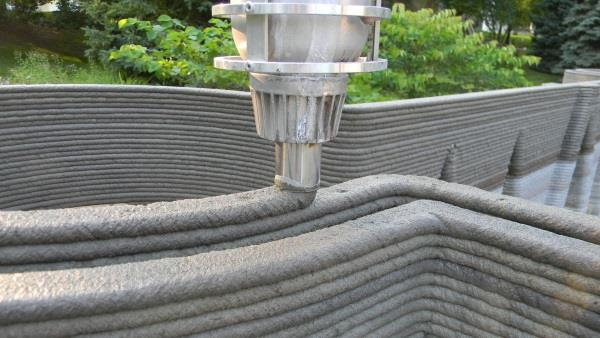 Also, 3D printing has been used in the construction of an entire building through the help of large format 3D printers.

The material used for 3D printing usually depends on the type of 3D printer being used and the type of design being created. Water and aggregate, along with additive admixture are used in proportion to modern concrete cement, to improve the properties of mortar. Generally, additive admixtures have modified the properties of fresh and hardened concrete. Additives used for producing the concrete are fly ash, blast-furnace slag, silica fume, etc. They are treated as a chemically passive component.

Fly ash is a widely used admixture in concrete because of its fineness, chemical and phase constitution and pozzolanic activity. Fly ash improves the properties of mortar or hardened concrete. At the time of mixing, fly ash of 5% the total cement mass is added.

Using 3D Design in the Preparation of Fly Ash Bricks

In addition to the above uses, Fly ash is also greatly used in making bricks used for masonry structures. Fly ash bricks are a great alternative to red clay bricks. 3D designing can be helpful in the preparation of customized Fly ash bricks. 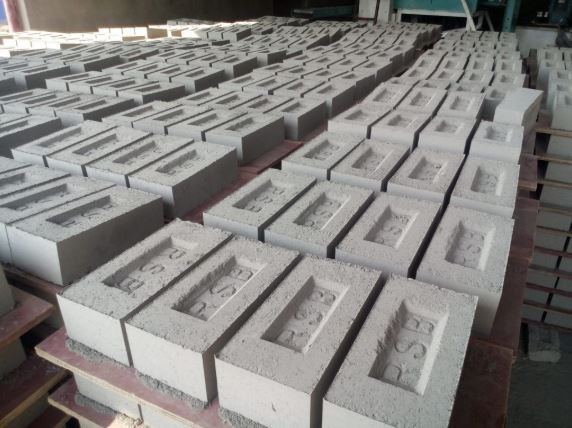 You can use a 3D modeling software like SelfCAD to prepare the design of your brick, specify sizes, add textures, and do many other things like adding texts and then use your 3D printer to print the 3D design or you can export it as a realistic render. Preparing the prototypes of the bricks using a 3D modeling program and a 3D printer is helpful as it's cheaper and time saving. This is because corrections can easily be identified and rectified before starting to produce your bricks.You can also make adjustments as many times as you would like as it's easier to do so in a 3D design software.

Also, 3D printing can be used in printing mortar that has been mixed with Fly ash using specialized 3D printers. When doing this, it is essential to pay attention to the effect of modification caused by admixtures, which can upgrade one  thing and worsen another. While printing consecutive layers of the object, the initial mortar strength is very essential to stop the stratification and printed structure demoralization.

During the 3D printing process, retarding admixtures are used because the transport of mixture takes a long time and because it is required to achieve proper bonding between specific mortar layers. Concrete with retarder admixture displays lower initial strength and generally slower hardening.

The materials being fed into the 3D printer during construction mostly depends upon the raw materials used, method of production and its application. At the time of designing and forming 3D printed objects from mortar mixtures, it is essential to pay attention to properties that affect the ability and quality of the printed object. Specific attention should be paid to such parameters as stability of the printed shape, shrinkage concrete, flow of the mixture, extrudability, bonding time and strength.

The following are the benefits of 3D printing technology in building construction:

Need to learn 3D modeling? Get Started with interactive tutorials.