Blog > Amazing Things You Didn’t Know You Could 3D Print

Amazing Things You Didn’t Know You Could 3D Print

Amazing Things You Can 3D Print

3D printing is undoubtedly one of the most important inventions of the 21st century, as very few innovations have the same level of impact as 3D printing does on multiple industries. Indeed, ranging from healthcare and education to even automotive and manufacturing.

What makes 3D printing so transformative is its ability to create intricate objects, as long as you have the designs for what you want to create. This process is made much easier with technologies such as the advanced Protel PCB software and the creation of easy-to-use yet powerful software like SelfCAD has made it easier for designers to create accurate 3D objects with little effort. These have streamlined the production process to the point that what would have taken days to build manually can now be accomplished in a few minutes (sometimes even faster!).

What's even more impressive is that 3D modeling was originally meant for professionals only, but right now, everyone, regardless of their experience, can get started much easier.

Because the concept of 3D printing is so advanced, it can seem a bit too far-fetched to some people. As we've discussed in our previous article on the misconceptions of 3D printing, there are still some common misconceptions that consumers have about 3D printing. For instance, others think that 3D printing can only be done for small, simple parts and that it is an extremely expensive process.

However, the reality is that you can 3D print almost anything — and you'd be surprised how accessible this process has become too. To prove this, we've put together a list of the most amazing things that you probably didn't know could be 3D printed!

Yes, 3D printing technology has made its way to the culinary world. In fact, 3D printed food is a great way to create food products quickly and inexpensively. Not only can this make the food system more efficient, but food manufacturers will also be able to regulate their food from a nutrition standpoint — down to the smallest particle.

One of the most popular examples of this would be BeeHex's bot, which can 3D print a pizza. Now, it is more than just a marketing gimmick. This technology was actually developed for NASA so that astronauts could enjoy normal food during missions. Although we're still rather far off from this being the norm for everyday cooking, this is proof of the limitless potential of 3D printing technology when it comes to transforming daily life.

A Flower Vase with Flowers 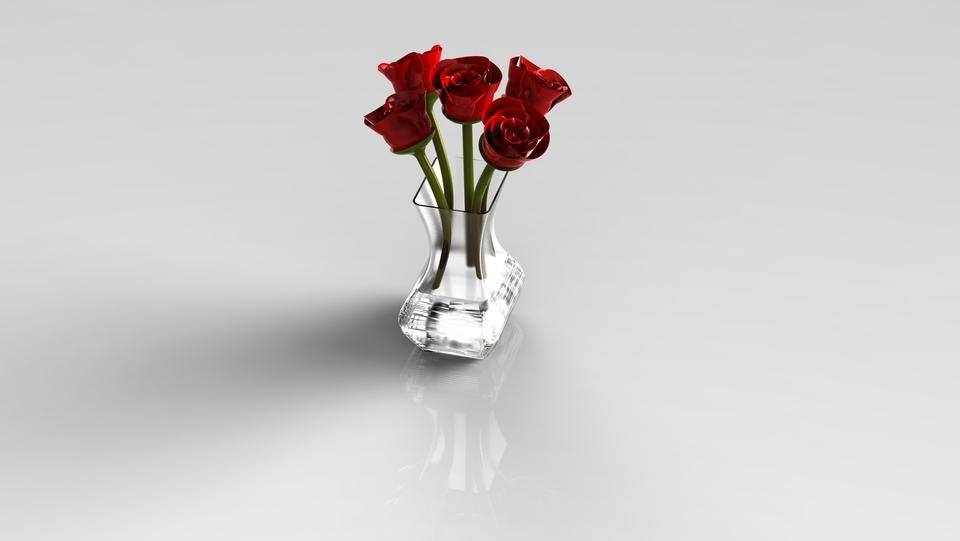 People always seem to talk about the practical uses of 3D printers, but their ability to print out complex shapes quickly and accurately means it has a lot of potential in creative fields, too. 3D printing has even been able to recreate works of art from photographs — including the texture of the used paint.

But how does this apply to the everyday person? Well, picture this scenario: It's Valentine's Day, and you've forgotten to get your significant other a gift. Instead of rushing to the nearest flower shop to get a bouquet, what if you could just make one? This is exactly what 3D printers let you do, as you can print out flowers and a vase to put them in. What's surprising about this is how visually stunning these 3D printed objects turn out to be, as they're way above the quality of your typical plastic flowers. If you want to try this out for yourself, you can download the designs here. 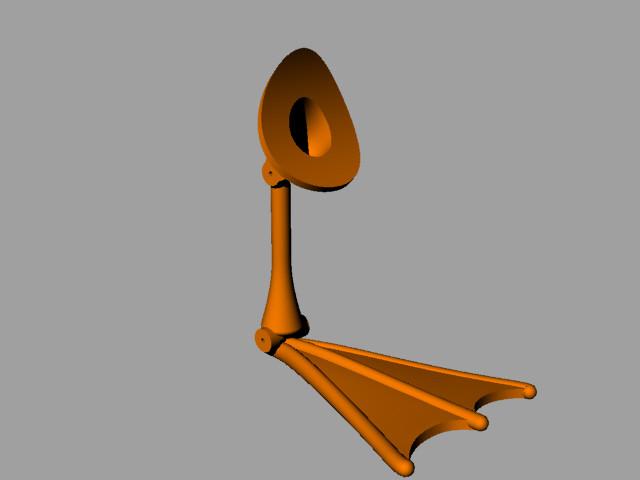 The importance of 3D printing in the healthcare industry cannot be overstated. For one, it has improved the current state of prosthetics, helping millions of people from all over the world. At present, scientists are even working on making a 3D printed heart from human cells — making organ-printing a possibility in the future. However, it's important to note that human beings aren't the only ones benefiting from 3D printing.

Animals, for reasons ranging from accidents to poaching, often lose their limbs. Unfortunately, animal prosthetics aren't always accessible. 3D printing has changed all of this as veterinarians can now actively work hand-in-hand with designers to create designs for animal prosthetics. So much so that designs are now available even for animals that aren't common pets. You can even download this prosthetic duck leg that was created for a Moscovian duck named Scoby, who is currently housed at the Indraloka Animal Sanctuary in Pennsylvania. 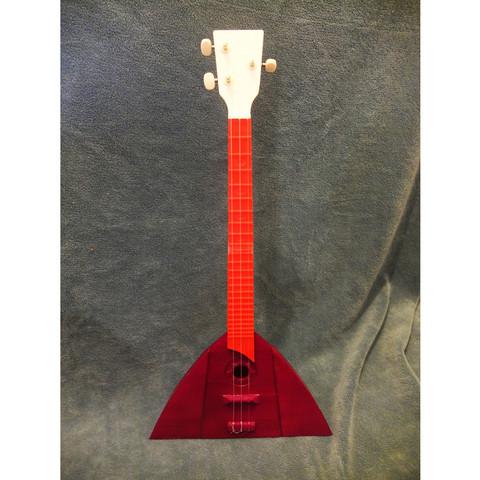 Instruments have always been popular within the 3D printing community. In fact, as early as 2014, a designer has even come up with a 3D printed alto saxophone that's made out of nylon. This innovation provides people with a lightweight option for saxophones, as opposed to going with the typical brass saxophones out on the market. It also makes replacing parts easier, as it provides musicians with an alternative option when their instruments start breaking down.

While we could have chosen any musical instrument to include in this list, the balalaika seems like the best choice. It shows just how diverse the designs have become in the 3D printing community, as they've even managed to include such a niche instrument. The traditional Russian instrument is mostly used in Russian folk, and unlike a guitar, the balalaika has only three strings, with two of the strings tuned to the same note. You will have to buy the strings, but other than that, you'll pretty much have a fully functional musical instrument. If you want to try printing this yourself, you can find the design here. 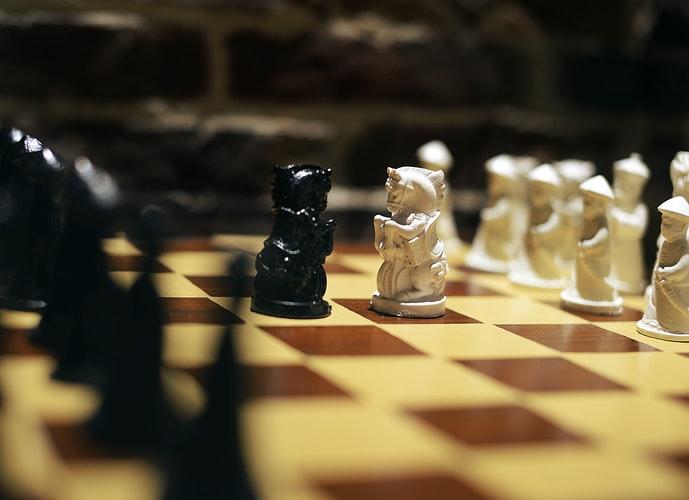 Just like we mentioned, 3D printing is now becoming more accessible and widely used. This accessibility has made way for some pretty fun and interesting uses of the technology, such as 3D printed toys.

Here's something that you can do when you're bored and have a 3D printer lying around. You can use it to print out a board game that you and your friends can enjoy. When it comes to board games, chess has been on the rise as more people are rediscovering the game through pop culture. And while it might be more practical to just buy a chessboard, 3D printed chessboards are pretty high quality as well. If you want to try and print your own chessboard, you can find the design here. 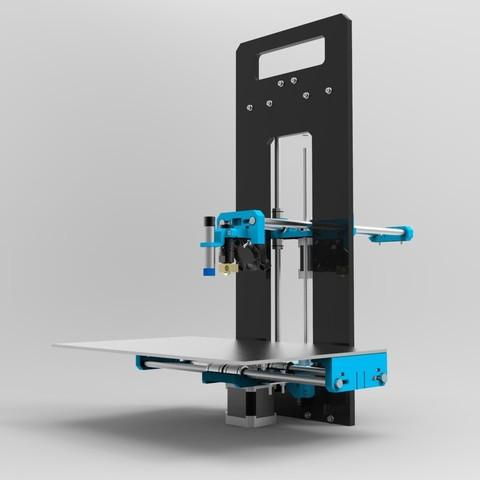 Lastly (and perhaps most interestingly of all), many of you might be surprised to know that a 3D printer can print out an actual 3D printer too. Granted, you'll have to print each part yourself and then assemble, but it doesn't make it any less impressive, as you'll essentially have a self-replicating machine. Now, you might be asking if 3D printing a 3D printer has any practical uses. But before you dismiss the idea as a mere gimmick, 3D printing a 3D printer can be quite convenient. Given the amount of wear and tear your 3D printer is subjected to, you'll need to replace some of its parts when they break down, which can get rather expensive in the long run. Instead of doing that, why not just print the parts yourself? For starters, here's a design for the M Prime One 3D Printer.

Do you have any questions about the article? Have any thoughts that you'd like to share with others? Do you think something should be added or changed? Take part in the discussion in the thread dedicated to this article by clicking on the button down below.

Need to learn 3D Modeling? Get started with interactive tutorials. ​