New opportunities appeared after the development and implementation of 3D equipment in almost every industry. It is not yet everywhere, but in a number of areas, additive technologies began to quickly replace traditional production methods. Let’s find out which spheres have been influenced by 3D modeling technologies and revolutionized our lives. 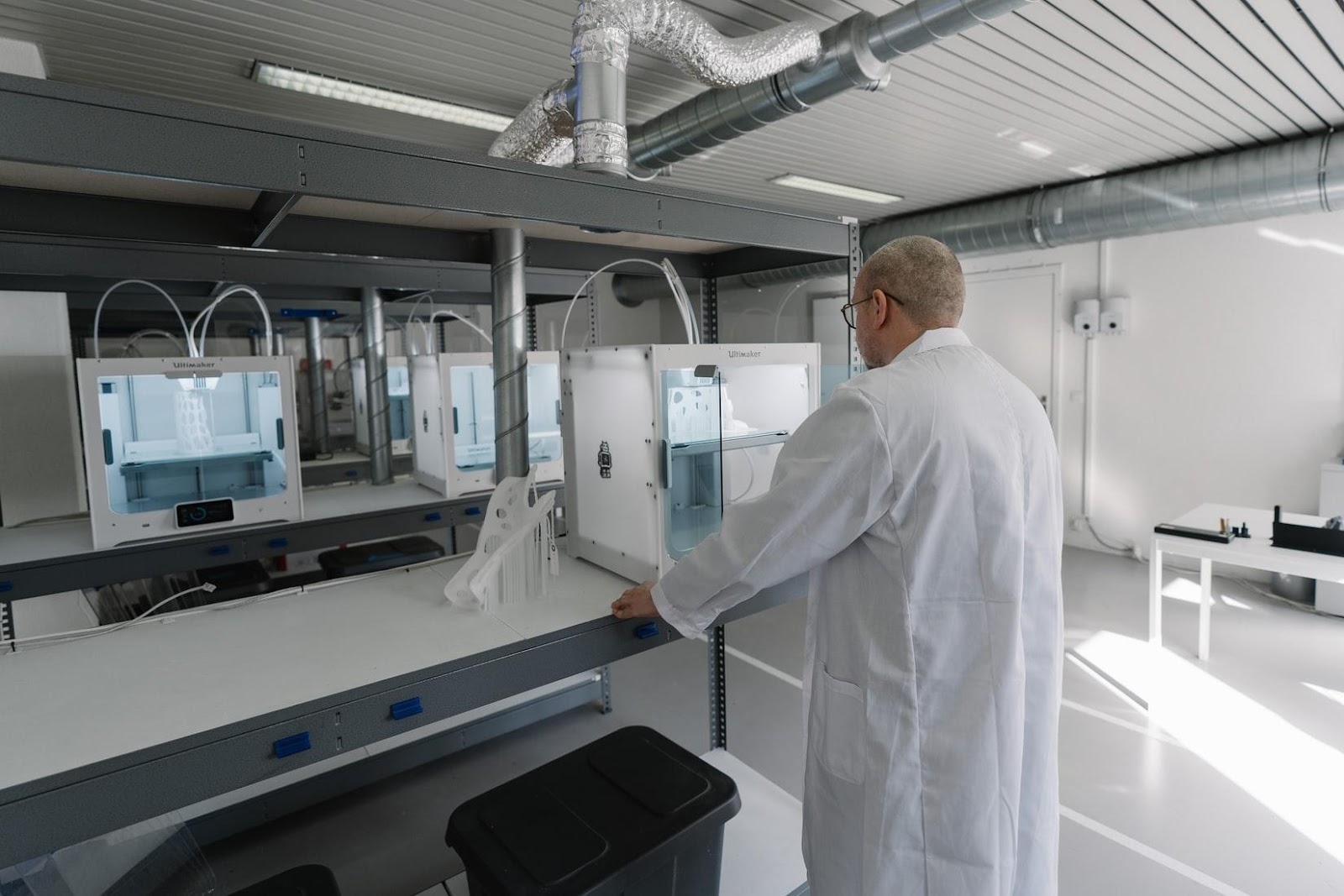 3D modeling in medicine allows you to create volumetric models. The technology has found application in aesthetic dentistry, oncology, otolaryngology, and other areas.

Three-dimensional models, printed based on additive technologies, coupled with computed tomography, have become one of the indispensable achievements in the field of medicine. Three-dimensional images of diseased organs are transformed into high-quality pictures and then converted into 3D models.

Modeling makes it possible to prepare as well as possible for the operation and study the characteristics of the disease. For example, when preparing for an operation to remove a tumor, doctors carefully study the size, shape, outline of a neoplasm in three dimensions in order to understand what tactics to employ during the operation.

Preparation for operations using 3D modeling is carried out according to the following algorithm:

Three-dimensional modeling is used in the preparation of presentations of future products and their packaging. First, the object is drawn, then its 3D model is developed, and then on its basis through prototyping technologies (3D printing, milling, molding of silicone molds, etc.), a realistic prototype of future products is created.

After rendering, the resulting image can be used in the creation of packaging design and exhibition stands, in the manufacture of outdoor advertising elements and POS materials.

The most common use of 3D printing in advertising is for events where participants, after scanning, can print miniature copies of themselves. An example would be the 2013 Coca-Cola campaign in Israel promoting a new small bottle. The company held a competition in which participants, using a special mobile application, had to create a mini-copy of themselves. The winners were invited to the Coca-Cola factory, where their real miniature copies were created (after a full scan of their bodies).

The same idea was used by ASICS to gain attention and create brand awareness at the 2014 New York Marathon. Previously, they invited registered participants to send a photo of themselves via email (using a website dedicated for this). Then the company converted the first 500 images into 3D models and printed them. Athletes could pick up miniature versions of themselves at the ASICS booth. During the marathon, there was also a Twitter contest in which the 50 runners with the most tweets containing the hashtag #minimarathoner won the same mini-copies of themselves. 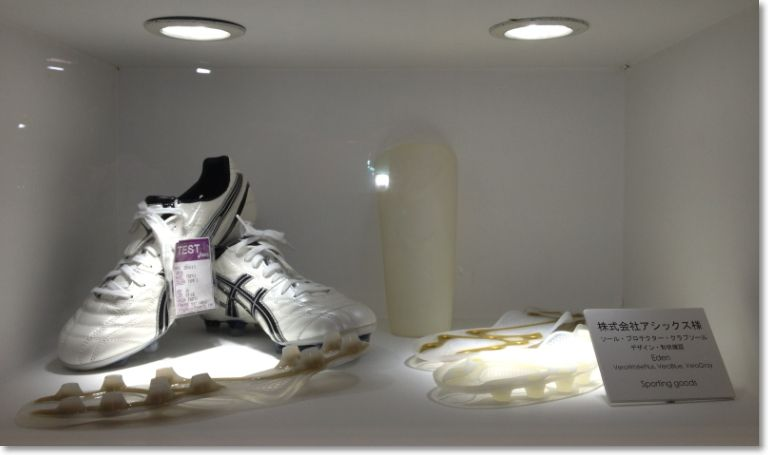 According to Machinedesign, architecture and design are areas in which 3D printers are used very actively. In the past few years, 3D printing has become an indispensable tool not only for large companies, but also for small architecture and design studios around the world. What is the reason for the popularity of 3D printers? The reason is that 3D printing has become a real revolution in the field of construction prototyping, design engineering, and the creation of new creative objects.

Making architectural models is an important task for any design or architectural bureau. The impression of customers, clients, or potential investors depends on the quality of the model of the future project. Prototyping using traditional methods is a lengthy, laborious, and very expensive process. 3D printing technology can significantly reduce the production time of the layout, improve the quality, and bring it as close as possible to the original. At the same time, the bulk of the design work is carried out on a computer using modern 3D modeling software.

The ProJet x60 series 3D printers are manufactured by 3D Systems. They create CJP models from a special gypsum-based composite powder. The main advantages of these 3D printers are high productivity, quality, and low cost of materials.

In addition, photopolymer 3D printers are often used in the manufacture of large and complex layouts. With their help, complex, highly detailed parts of projects are made with very small (less than a millimeter) elements. However, such 3D printers are not capable of printing colored objects, and the materials for them are much more expensive than plaster.

Also, some architects and designers use 3D printers that print with ABS plastic. This is an opportunity to save money on the production of a model since the cost of plastic is lower than that of gypsum and photopolymers. However, it cannot be used to create full-color and highly detailed designs.

Those in freelancing are also using 3D modeling to create architectural portfolios that are attractive to their clients as they are able to create interesting architectural designs of buildings with much ease when compared to 2D drafting. 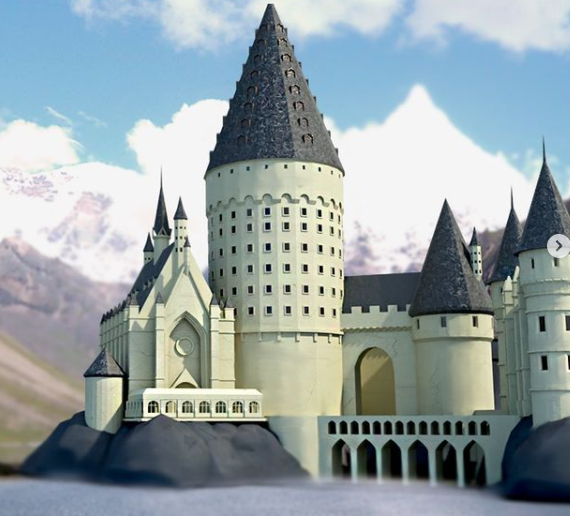 In mechanical engineering, 3D printers are used at all stages of product development: from conceptual model creation to production planning, which greatly speeds up and simplifies the development process for design engineers. 3D printing is primarily used to visualize objects of varying complexity. It can be either whole models of cars or various mechanisms. With the help of 3D modeling, you can create a scaled volumetric image of any part of the car, from the cylinders in the engine to the dashboard. However, this model will not give a complete representation without a real prototype in your hands.

Rapid prototyping is the direction where 3D printing is mostly used in mechanical engineering, from the first ideas to the prototype of the finished product. Incredible production speed, high precision, and a variety of materials allow us to submit the first samples for testing in the shortest line possible and with the highest quality.

Stratasys FDM (Fused deposition modeling) 3D printing technology has allowed engineers to take 3D printers to the next level in mechanical engineering. Functional prototypes can be manufactured on their equipment from many engineering and high-tech plastics, and as a result, products can be machined, drilled, and mechanically stressed. Engineering plants use printed parts to inspect their entire product mix and ensure that every workplace has all the tools they need to achieve the best possible production efficiency. Making a variety of tooling using real industrial plastics allows you to speed up the release of finished products, and the burnout tooling for casting allows you to get a high-precision molded product in the shortest possible lines.

The range of tasks that can be performed using modern 3D printing systems is expanding with each passing day. Experienced specialists could cope with any complicated tasks. And the best specialists could be easily found at Engre.co - international engineering platform that provides engineering services. Obviously, products can now be received much faster and at a higher quality level. First of all, new technologies are expanding the opportunities for engineers and designers in the mechanical engineering industry. With the new equipment, you can more easily solve problems during the creation of conceptual designs as well as the production of finished products.

3D printing is actively used in the aerospace industry for prototyping, engine parts, and tooling. Its use allows the manufacturer to reduce the cost of products, improve their performance, and significantly reduce the time required to manufacture individual products. All large aerospace companies are turning to additive technologies in one way or another.

3D printing is used to produce engine parts. Thus, the American company Aerojet Rocketdyne has signed a contract of 1.6 billion dollars for the production of an RS-25 rocket engine, and some of the parts will be made on a 3D printer. The production of one part using traditional methods could take six months, but 3D printing allowed Aerojet Rocketdyne to reduce time and costs, and significantly speed up the prototype production process. In addition, the company is successfully applying additive technologies in other projects.

Another American company, Rocket Lab, is building New Zealand's first orbital launch station. It is from there that plans are being made to launch the world's first rocket with 3D printed oxygen-hydrocarbon engine.

The list would be incomplete without businessman and designer Elon Musk. His company, SpaceX, has successfully tested 3D-printed SuperDraco engines that will be used in the Dragon spacecraft and they are also working on the Raptor Rocket propulsion system. Additive technologies are also being used in promising projects. NASA is using advanced techniques in preparing a Mars mission: 3D printing is already being used to create prototypes, manufacture parts in space, and even make engine components for a future spacecraft that will go to Mars.

Another area in the aerospace industry that we decided to consider separately is additive technologies in the production of satellites. Unlike a rocket, the cost of a satellite is significantly lower, but it can also be reduced by paying attention to innovative technologies.

This is exactly what aerospace giant Boeing did when it began using 3D printing to manufacture modular satellites. Currently, one device costs, on average, $150 million - this price is not only due to the high-tech component but also because of the significant cost of labor involved in production. When using 3D printers, the cost and production time of satellites will be significantly reduced.

Small startups and research projects have more modest tasks, but 3D printing helps them too. A team of researchers from Northwestern Nazarene University in Idaho is awaiting the launch of its first satellite in the state, the 3D-printed MakerSat satellite. The dimensions of the device are only 10x10x11.35 cm, and it was created from available polymers for 3D printing.

High-performance satellite developer Millennium Space Systems recently announced the completion of a pre-production model from the ALTAIR series, which is now being prepared for launch into space. New technologies used in the construction of the satellite will make new space missions possible. For example, 3D printing will save on the cost of sending parts into space and shorten the time for preparing and conducting missions.