How 3D Modelling is Impacting The Advertising and Promotion Industry 3D modeling is the future of advertising and promotion. Traditional methods are becoming outdated as a greater percentage of customers turn to mobile devices for their daily news. 3D modeling allows marketers to create high-quality, realistic advertisements that the audience can view differently. Mobile video makers allow users to capture life-like scenes with just one click! Read this blog post for all the details on how you can start using 3D models today!

The old advertising and promotion methods have had a very negative impact on the environment as they are an eyesore. The eye is drawn to them because they stand out, but this takes attention away from the beauty surrounding them.

In many cases, traditional graphics for advertising can be hard to change to keep up with consumers' changing tastes or trends. With 3D modeling, marketers can quickly edit the footage, so their advertisements always stay relevant and fresh.

Signs are one of the oldest forms of marketing, and it still exists to this day. Signages have been around since at least the 15th century England when blacksmiths hung a picture in their shops to promote what they had for sale, and as we know, signs can last for years if handled properly. Thus, it's essential not only to choose an experienced company but also to go with something which will best suit your needs now and in the future.

Sticking leaflets on the walls and lampposts of your town is a great way to reach out to potential customers. It'll help you get people interested in what you do without having to invest money or time into other marketing methods. Newspapers and magazines are often used as marketing tools by targeting market segments with newspapers or notable interest magazines. Readers will keep their copy for reference, allowing them to see the adverts repeatedly. This method can be expensive though .

In the past, advertising was done through print or TV. Today, we have many more personalized and interactive options than ever before, which can be used for any business size. What is 3D Modelling and How It Works?

3D modeling is a cutting-edge tool in microcomputer graphics for creating an accurate and interactive digital copy of any surface or object. A 3D designer uses a 3D modelling software to handle points in pragmatic space (vertices) to create an intricate mesh—the collection of connected points that forms an entire product, creating images with unprecedented detail and realism.

Many industries have taken advantage of this new technology, including movies, video games, illustrations, architecture designs, engineering for projects such as bridges and buildings. It has also found its way into commercial advertising techniques where we are accustomed to seeing realistic models rather than drawings. A 3D artist will start by building a basic form like a cube, sphere, or plane. However, the shape is initially created as artists can always manipulate it with various modeling tools to become more complex later on in their project if necessary.

With 3D modeling, vertices need to be placed precisely for the desired object's contours to come out correctly. The exterior of these meshes can then be subdivided into polygons that create more detail when animating a model.

Data-driven tools such as mirroring techniques exist to speed up the modeling process. The most exciting thing about this feature is building a symmetric model by only working on one half or even one quarter. It saves artists time and allows them more control over their work than ever before! It is instrumental in character design. The artists will create perfect symmetry from just their work, saving time and energy for other parts of production like animation or rigging.

It can be challenging for an advertiser or marketer to develop good ideas for advertisements that will grab potential customers' attention. With 3D modelling, all you need is creativity! You can use a CAD software to play around with the shapes and even produce something really professional much easily. Though most 3D modelling softwares are difficult to use and get started with, programs like SelfCAD makes it easier for one to get started without spending much time.

SelfCAD also has an in-built rendering feature. You can use it to produce really wonderful renders that are attractive even to customers. If you would like to print your models in 3D, there is an in-built slicer that you can use to slice the models and generate the G-code that you will send to your printer. 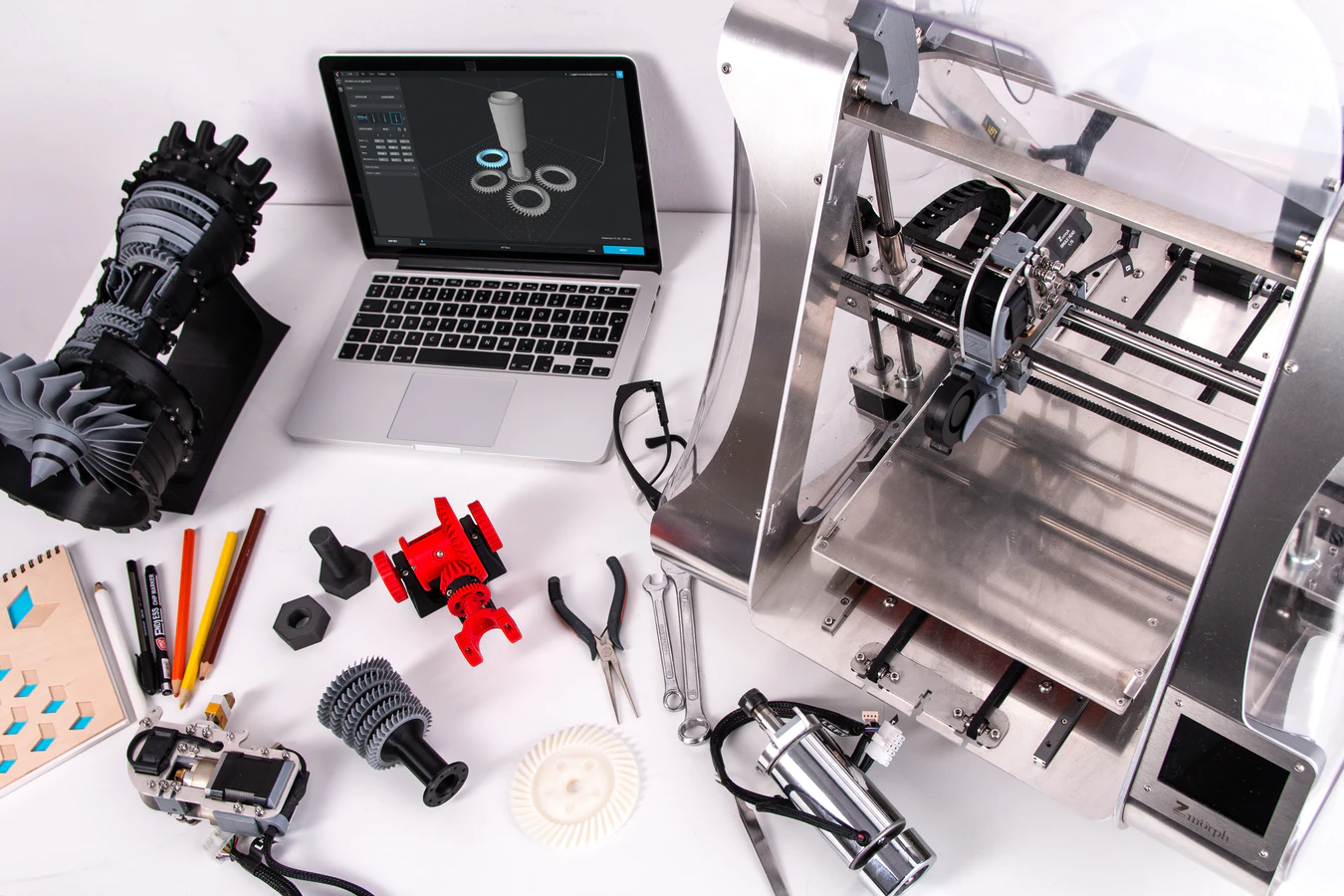 The only disadvantage is that some people might not like it because they think it's realistic to the point that it becomes unrealistic. Companies want their customers' attention but don't necessarily need all the details for making sales.

3D modeling is a new and innovative way to market your products. The advantages of this type of advertising are that customers can see the product in 360 degrees, it's easier to make changes when you want them, and it looks more attractive with textures applied. So if you're looking for an edge over competitors who don't use 3D graphics for their marketing strategies yet, get started with 3D modeling today! 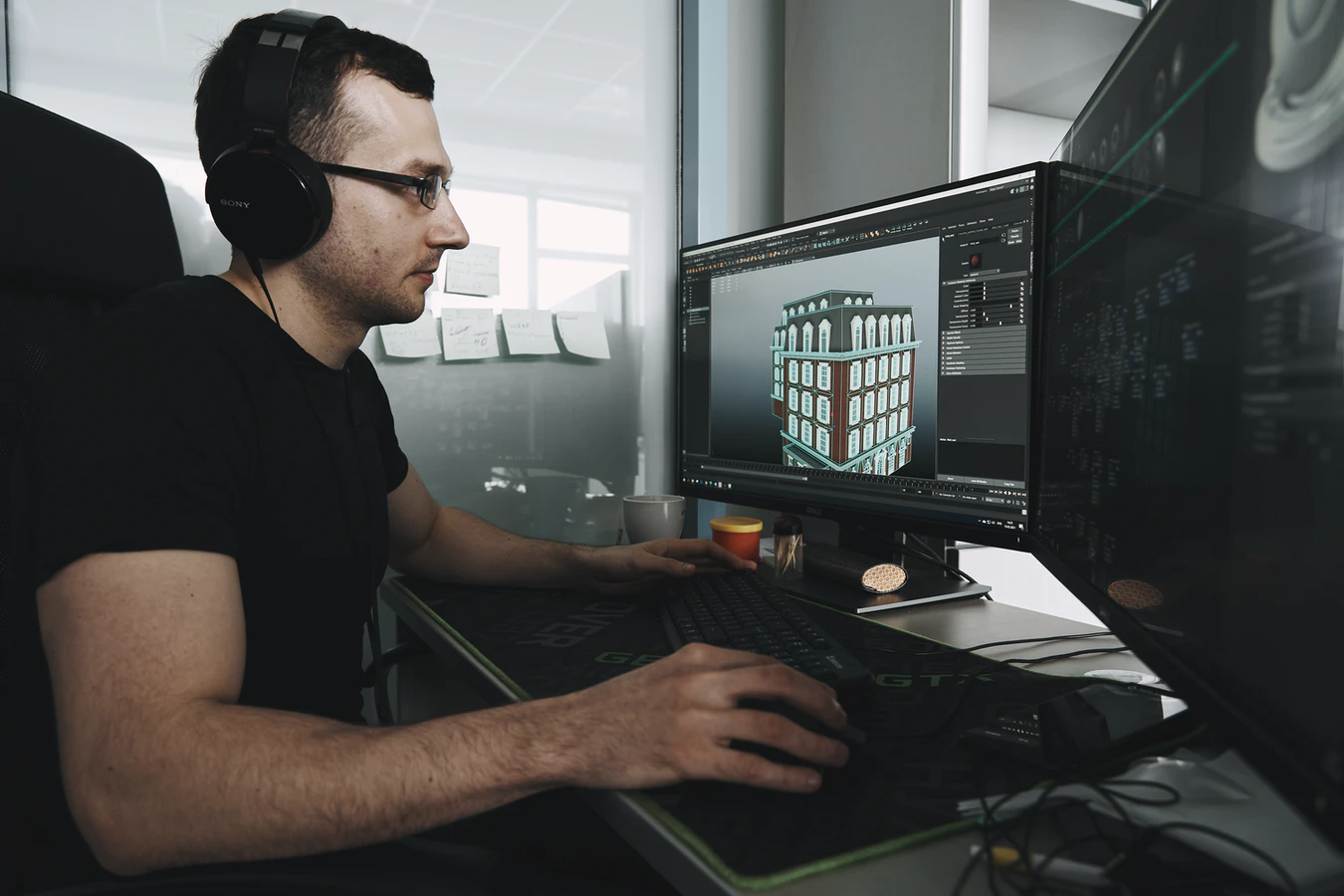 3D Modeling and Rendering in the Future

The continuous innovation and technology evolution gradually impacts the quality of our lives. 3D modeling has continued to dominate and take everyone by storm. Technology has simplified our lives and made them cost-efficient and conducive. Several industries are benefiting from 3D modeling and overtaking their competitors.

In the Animation industry, companies and organizations rely on animation to promote their products and services. It also serves as a source of enormous entertainment for people of all ages. Animation is created using the rapid sequential movement of either animate or inanimate objects. When it comes to creating lifelike characters and objects for animation, there is no alternative to 3D modeling. An accomplished 3D modeler can save precious time and money while also modeling realistically. With suitable models, realistic effects can be added, and lifelike characters or objects can be portrayed. In a word, animation and 3D modeling and rendering go hand in hand, and the future of the industry is very bright.

A 3D printer is primarily used to produce prototypes and samples, but now, even final products are designed with the help of 3D printers. The most important aspect of 3D printing is 3D modeling. 2D objects are printed based on digital 3D models.

In virtual reality, augmented reality has a less electrifying environment because the surroundings are not dead-like. It builds on top of an existing environment by adding artificial elements, whether they be sound, image, text, effect, etc., to make it more engaging. It's like a mix of virtual reality and augmented reality.  Like VR, 3D modeling massively amplifies augmented reality by introducing several different perspectives to the objects residing within a real-world setting. It attracts the attention of viewers through its presentation of the objects from different angles.

Users interact with a computer-generated environment and perceive it as accurate, sensing people, buildings, parks, streets, and other elements as if they were real. One of the technologies used to make the atmosphere as real as possible is 3D modeling.

There are several reasons why companies use 3D designs in advertising. You might want to show off your design on your website or in a marketing campaign. Marketing messages can be conveyed effectively when these three-dimensional models are presented to customers. They can visualize products better and gain a more comprehensive understanding of them when they see them.