Is 3D Modeling And Rendering The Future Of Impactful Marketing?

Traditional media platforms were in use in marketing for hundreds of years. Starting from simple drawings all the way to digitally enhanced, glossy adverts of the twentieth century, their use has driven sales for hundreds of years. Now, everywhere you go, you'll see billboards and photographs display beautiful veneers catching your eyes at every corner. And yet, despite all of the success of traditional media, they are not without limitations.

What are their limitations?

The biggest issue with traditional media is that their creations are static. They can't be rotated in real-time, which led to using multiple images to create the finished product. Even in the works of the best artists, there will always be a certain detachment from the object and its image. Such hindrances, no matter how small, could stifle the sales in the process.

Additionally, altering existing images is a rather expensive and time-consuming process. But worst of all, there is no guarantee that every image will be of high enough quality to benefit from digital manipulation, and every small alteration will cost both time and money. All of these cuts into profits, efficiency, and customer satisfaction can mar a company’s reputation and cause major delays in marketing and design projects.

A Brief History of 3D Modeling and Rendering

Previously known as computer-aided design (CAD) programs, software to create 3D designs and structures has existed since the 70s, but only recently has the true potential of CAD software been unlocked.

Early 3D models were very crude but effective. They were used in architecture to plan new designs as programs allowed the creation of units that could rotate by 360 degrees, which allowed to display objects in an easy-to-navigate environment.

With the increase in power and color arrays available on portable computers, 3D modeling and Rendering added an incredible level of detail to designs, enhancing not only the process of conceptualization but also exhibiting the capabilities and potential of modeling in a variety of business models.

Such models can then be tuned to the needs of the creator, as they can be manipulated with ease, allowing consumers to view a product from their own home in minute detail, as they can be shared digitally, without physical resources.

Now, 3D modeling and Rendering increases also efficiency in infrastructure. With digital renders of architectural plans allows different specialists can work together and add their own necessities without impending other contractors. For example, plumbers can see where the wiring will be placed and note if anything already suggested will impede their own needs. This way, they can all work closely together and not only solve all their issues as they come up but do so rapidly.

Advantages and Disadvantages of 3D Modelling

Applications in Industry: The Future of Impact Marketing

Beyond the applications mentioned above, the scope of 3D modeling and Rendering in business is broad, but its most important aspect of this technology is that it allows customers to visualize all the parts of the design much clearly.

Now, we're going to delve into the industries that make use of this technology for marketing. Some of them have been doing so for decades, but all have been benefiting from advancements in the field. Here are some of those industries: 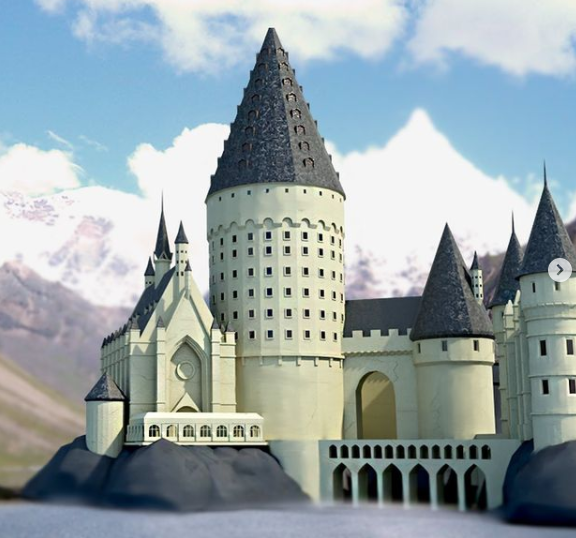 In architectural design, 3D rendering not only allows companies to create intricately detailed plans for their own use but also for advertisement purposes as well.

It is particularly important for architects, who have to sell their vision to their customers rather than a finished project, and that's where Rendering can be invaluable for procuring clients when there's high competition for work. With carefully constructed, interactive models to peruse and study, customers may favor one company over another that offers blueprints that can be difficult for consumers to decipher.

The home layout is a crucial factor to potential buyers when it comes to purchasing a house, but visualizing it from static photos, 2D floor plans, and noted dimensions can be rather overwhelming. That's why estate agents began using 3D models and Rendering to bring homes to life.

Primarily, images of a house are used to create guides, allowing potential buyers to stroll into a home without leaving their couch, with a series of first-person photos that follow the floor plan. Another less utilized use of 3D modeling is in enhanced floorplans, which are often static but highly detailed representations of a home in 3D space, that brings home-buying to another level.

By using 3D models, companies can produce objects tailored for specific purposes. They easily can visualize ergonomic computer chairs, comfortable sofas, and more, and then digitally test them for basic applications, and then design them without the need for expensive trials and errors.

In another example are 3D printing businesses that render and print objects customized to the individual needs of their customers. Objects like prosthetics or support casts are created using the same technology, but they can be tailored to a specific client.

Technology has been in use in the entertainment industry for a very long time. Thanks to better model systems and the increased processing power of electronics have led to an explosion in graphics, color, and versatility, revolutionizing multimedia products. 3D video games abound, while children’s television shows and films involving 3D rendered characters are now more common than those produced with traditional art, saving time, money and allowing more variety in production.

Visualizing and producing designs has never been easier, especially with programs like SelfCAD. Thanks to such easy-to-use software, you can design 3D models and renders and easily share them directly on Facebook and other social media. There are also a variety of customizable settings to fit anyone’s needs. With SelfCAD, digital artists can form the bones of a scene and render designs meant for marketing.

It’s one of the perfect learning and development tools to boost your business or develop your skills.

An elearning consultant at Academicbrits.com, Regina Wheeler enjoys discussing her writings on management, marketing, and finances, and has been involved in many projects.