Welcome to the article dedicated to SelfCAD's 3d modeling tool called 3D Shapes, in which I'm going to explain the process of creating and customizing shapes with the help of the Gear Generator. As you can see, Gear has been placed in the section below the divider, which marks it as one of the more complex shapes available in SelfCAD. Because of this complexity, the customization process is much more complicated than it was in the case of basic shapes. 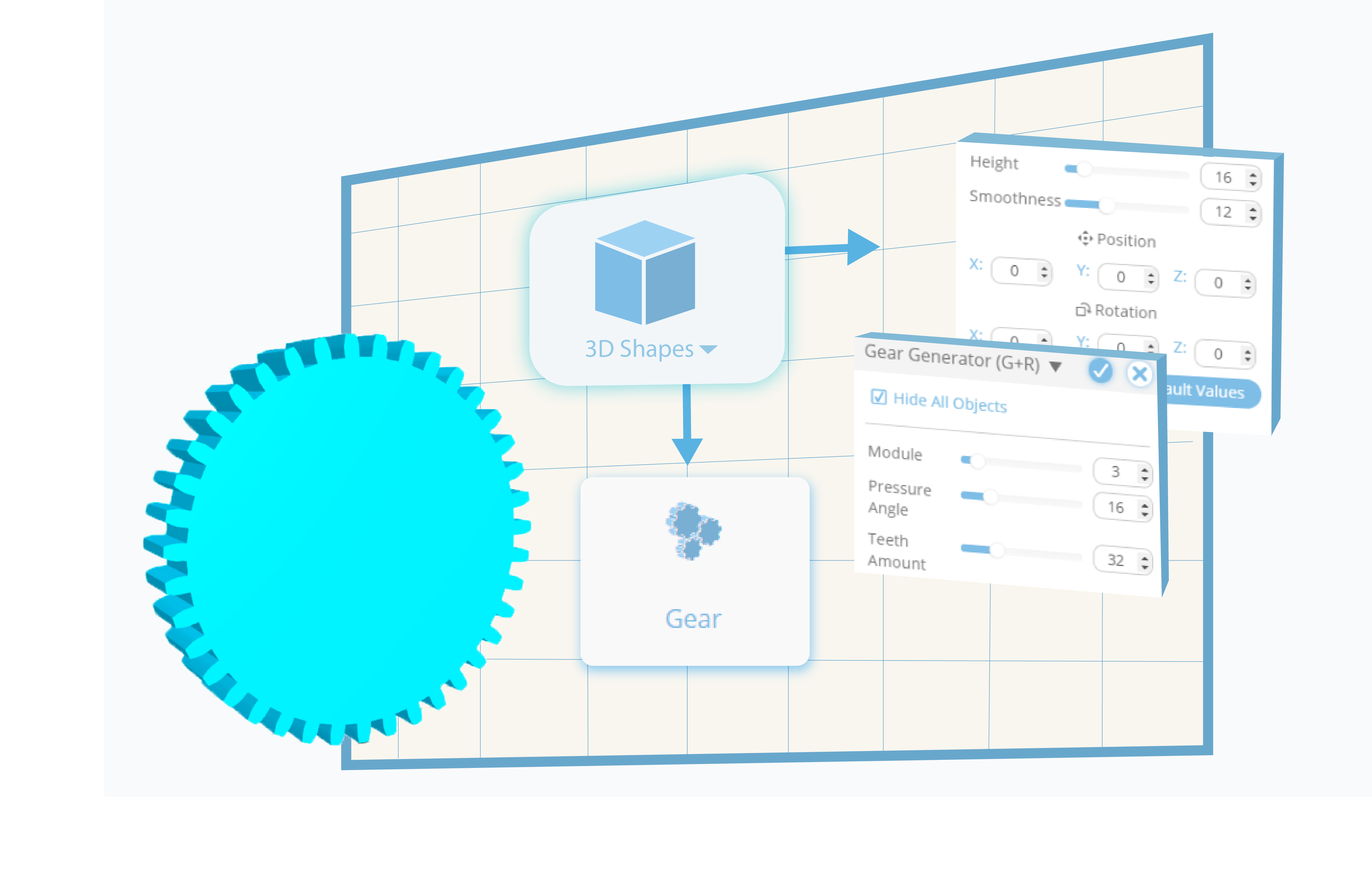 There are two ways you can follow to add shapes to the grid. The first of them is by simply selecting the Gear from the drop-down list and then dragging it to any place in the grid. It’s the quickest way to add shapes, but its downside is that it skips the customization process and adds its basic version.

The second option is by selecting the Gear from the drop-down list and simply clicking on it. This way, you’ll open the Tool Setting Panel on the left side of the screen, with all of the customizable features available for it. To finish the customization and add the model to the grid, you have to confirm the changes by pressing the tick button at the top of the panel.

Hide all objects is a feature enabled by default, and as its name suggests, it hides every other object previously added to the grid. It allows you to customize the current model without other models overshadowing it. 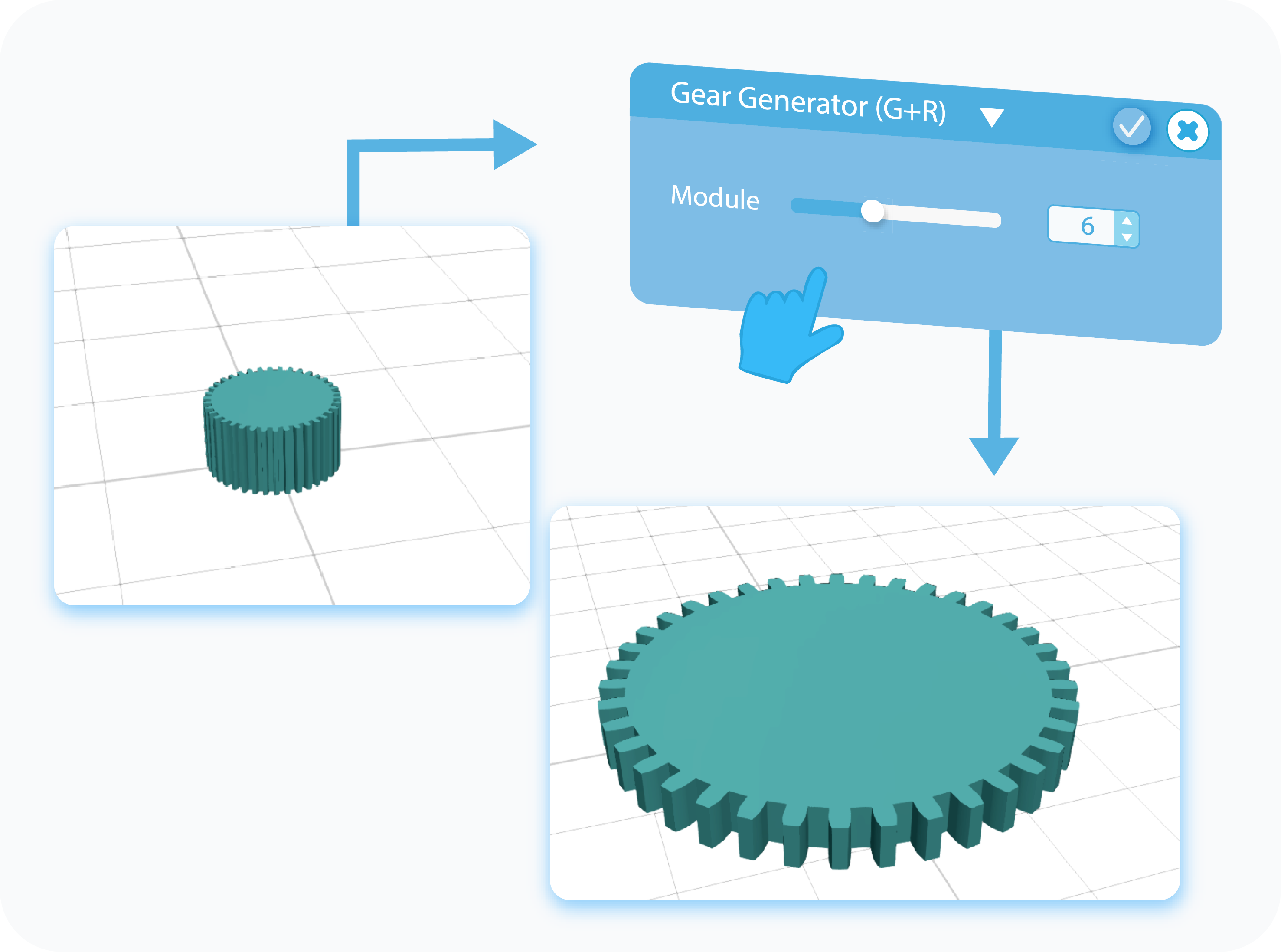 The Module is the main feature responsible for setting up the overall size of the Gear, and it allows you to set its diameter, and indirectly, the size of its teeth, as they will have to adjust their size to fit around it. Note that it's the main one, which means that other settings will impact its size as well.

The pressure angle is a feature responsible for the shape of the gear, and more precisely, its teeth, as it allows you to change their shape, and indirectly, their length. Low values will make the teeth long and edgy, while the higher ones will make them short and more rounded with smooth and even transitions between them. 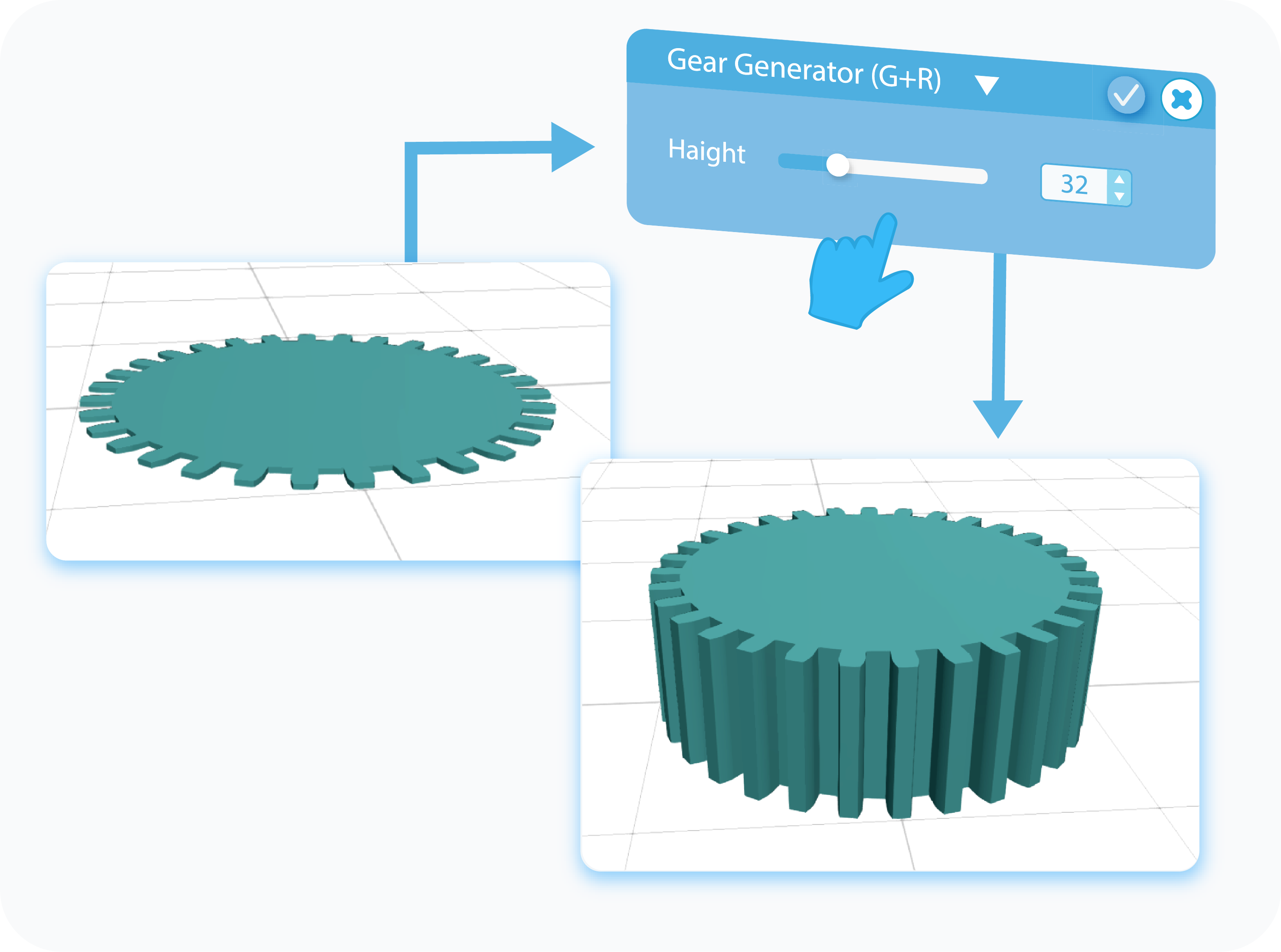 Height is a second setting directly responsible for changing the overall size of the Gear, and as you could probably guess just by looking at its name, it allows you to set its height. Contrary to the Module, there are no other features that would indirectly change the height. 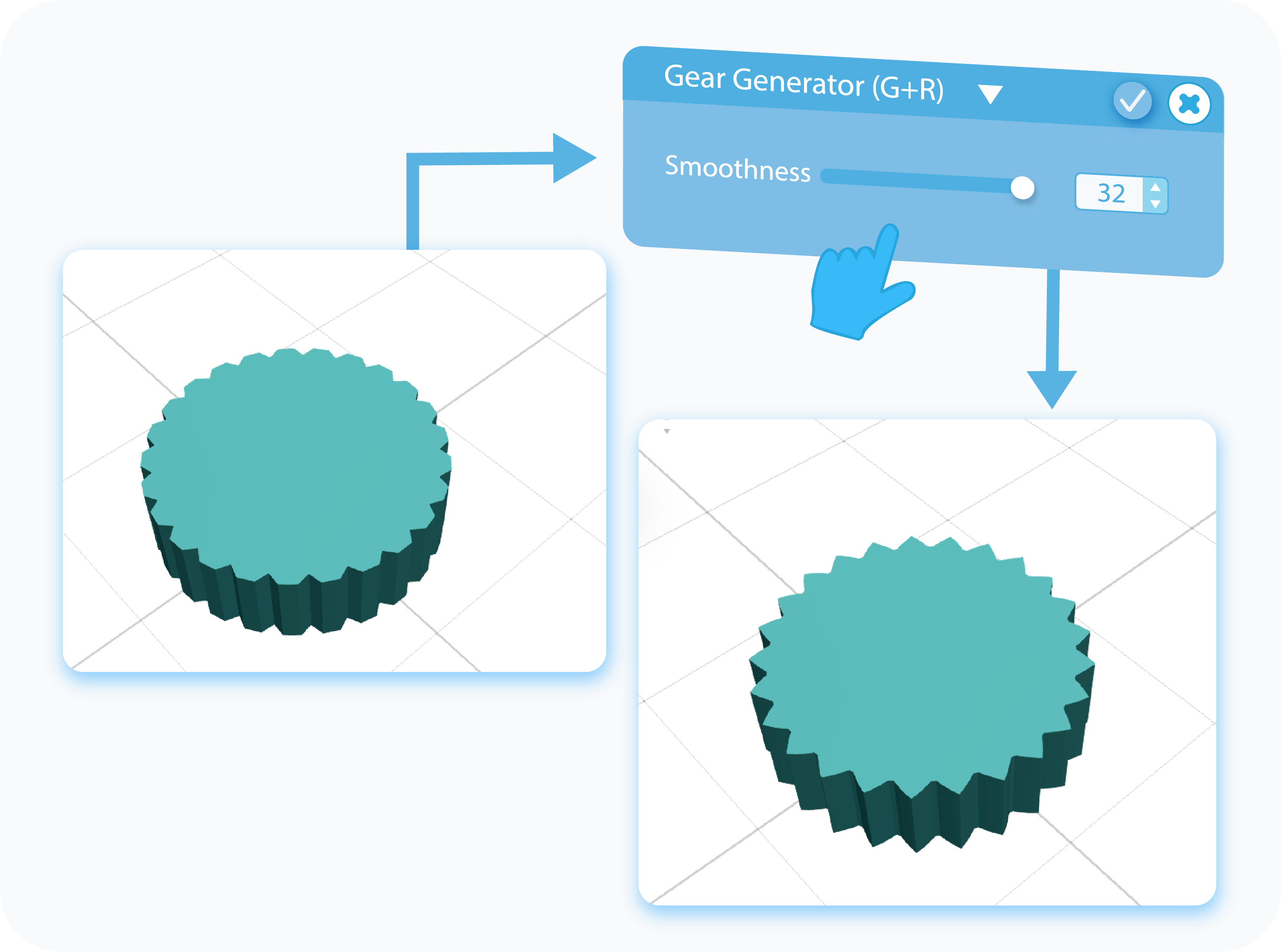 Smoothness is a feature responsible for both the level of the detail of the Gear, as well as the general smoothness of its teeth. Increasing its value will improve the overall resolution, as well as make the transitions between teeth more smooth and even.

You can use the Position feature to change the placement of the object within the grid. You're able to manipulate it by changing the values in the text-boxes, where each of them represents the position on one of the three axes. You can use both positive and negative values, which will change the direction of the movement on the axis.

The Rotation feature allows you to set the angle of rotation of the object within the grid. You're able to manipulate it by changing the values in the text-boxes, where each of them represents the rotation on one of the three axes. You can use both positive and negative values, which will change the direction of the rotation around the axis.

And that's all there is to the Gear Generator. After reading this article, you should have a general idea about its creation and the customization process behind it. Of course, the graphics shown here were just examples, and any change in the settings will impact the overall shape of the object, but their underlying principles will always stay the same. And that's all I had for you. I wish you success in your future projects. See you, and stay tuned for more content to come!