There are many types of 3D printing materials (filaments), including rubber-like, conductive, "glass", "wooden" and even gypsum-like, but "canonically" there are three main types of plastic for 3D Printing:

​  1) ABS - This is a typical engineering "all-purpose" plastic. It is perfectly processed and glued, and it is used for most of the 3D printed models that you saw live or on the Internet. Printing is usually performed at an average temperature of 230 degrees (depending on the specific plastic, 3D printer, and user’s preferences). Because this material has a relatively high coefficient of thermal expansion, it requires the printer to have a heated platform (heatbed), without which printing is very difficult or even impossible. The most popular problem with this type of plastic is delamination - edges of the model peel of from the table because of the heterogeneity of the model's cooling during printing. Let’s just say that fighting with delamination is like the eternal struggle between good and evil. 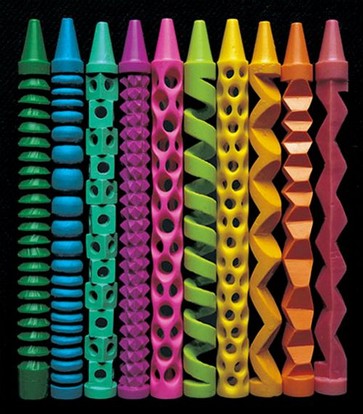 Like PLA, ABS plastic is produced in the entire spectrum of colors. Different colors may differ in 3D print quality due to differences in the dyes used. Note, there is white and natural ABS. They look similar, but the natural comes without a matting dye. If you plan to print a 3D model for showing, and do not plan to paint the model, it is better to use white, because the natural one is slightly transparent, so the small details will be concealed.

2) PLA - Another very popular 3D printing material, produced based on processed products of corn or sugarcane. It disintegrates with bacteria over time, although I have not seen any decomposed under normal conditions model. PLA plastic has a very weak thermal expansion, as a result of which it enables printing objects of almost any size. The downside of PLA plastic is that it’s more complicated in subsequent processing. Most "wooden" and other similar plastics are made based on PLA. ​ 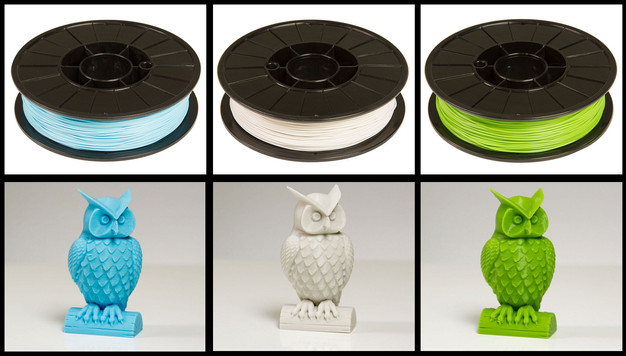 3) PVA - Water-soluble plastic, used to create supports for overhanging elements. It is used by the second extruder. Because PVA plastic is quite expensive, and because of the lower prevalence of two-extruder printers, at the moment is not very popular.

At the time of writing, some manufacturers (I will not be engaged in advertising) are launching this plastic in production at a supposedly reasonable price, we'll see how this turns out. By the way, to get a smooth lower "suspended" surface when using supports from ABS plastic is almost impossible without a consuming chemical treatment part, so for some models, I'm now looking in the direction of this material.